Why Flies Are Actually Good 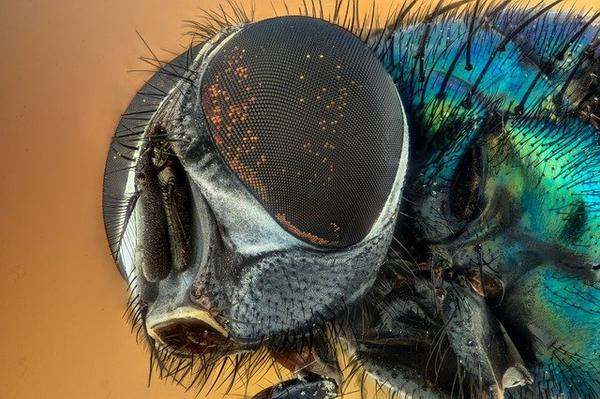 Flies have a bit of a bed rep, and in part for good reason. For one, they’re extremely irritating--there are few experiences as annoying as a single fly getting trapped in a room and then spending its entire day buzzing around your ear as you attempt to swat it away. For two, they can actually pose a legitimate threat: flies can contaminate food with bacteria that can be dangerous for human consumption.

But wait, this is supposed to be a post about how flies are good, right? Well, like the majority of the creatures that exist on Earth (even pests), flies have a role to play in the functioning of a proper ecosystem. They might provide more good than you think when there’s one buzzing around your house all day! Here’s a couple of ways that flies are actually good.

While bees are the insects with the biggest reputation for pollinating, flies are actually proficient pollinators in their own right. Bees only pollinate flowers that are nectarous-or in other words that produce nectar- which leaves a host of flower unpollinated. That’s where flies come in: flies pollinate many of the flowers and plants that bees won’t, like wild ginger, catnip, and even cacao trees! In other words, without flies, we wouldn’t have chocolate. Score one for the flies.

Flies Are an Important Part of the Food Chain

One of the other reasons that flies are good is actually because they are an important part of the diet of many other creatures. Because flies are high in protein, they act as a food source for a whole range of species of animal and insect, including birds, fish and mammals. Nature can be cruel sometimes.

Flies are Vital to Decomposition

It’s kind of gross, but fly larvae, more commonly referred to as maggots, have an extremely important role to play when it comes to the decomposition of everything from dead animals to manure. Animal carcasses and manure are chock full of nutrients, and those nutrients are an important food source for plants. Without maggots, there would not be a fairly rapid decay for this nutrient rich waste, and plants would suffer.

Flies Are Important to Science

Flies- specifically fruit flies- are actually the reason we have such extensive knowledge on human genetics today. In 1909, American Biologist Thomas Hunt Morgan was breeding fruit flies, when he made the observation that in rare cases, some male flies would have white, instead of the standard red, eye color. To make a long story short, Morgan continued his observation of the fruit flies, and came up with a theory of hereditary connected to a chromosomal “map”.

Because flies have the same genetic pathways that humans do, this chromosomal map was in fact applicable to humans as well. In other words, the birth of human chromosome mapping (and services like Ancestry) all started in a lab over a century ago with…fruit flies.

Ok, so flies can actually be good...sometimes. That doesn’t mean that you want them flying (no pun intended) around your house and getting into your food. You’ll also notice that, for all the good that flies do, none of it is related to flies in the home. In fact, having a fly infestation in your home can be downright dangerous. If you’re worried you have a fly infestation on your hands, contact Thomas Pest Services and we’ll help address the problem!

" Brian was very courteous and informative. He acted in a very professional manner. He is a great asset to your company. "