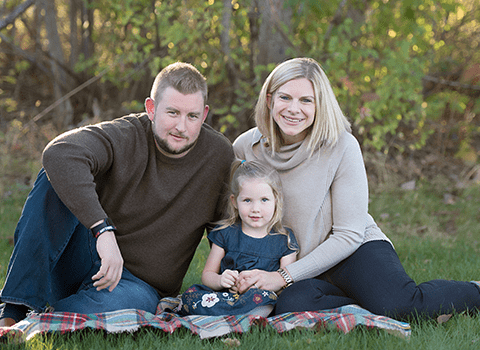 What is Cerebral Palsy?

A number of factors can trigger cerebral palsy in an individual, but most cases are the result of abnormal brain development as an infant. The baby suffers an injury or malformation in its brain before, during, or immediately after birth, leaving them with problems affecting their body movement and muscle coordination that will carry for the rest of their lives.

While the conditions under the blanket term “cerebral palsy” were discovered in the mid-1800s after decades of research, there remains a lot of work to be done before cerebral palsy can be fully treated. While individuals with cerebral palsy can manage their symptoms in a number of ways, there is no permanent cure.

Cerebral palsy is classified in a number of ways: by the body part it affects, by the way, it affects the individual’s movements, and by how severe those effects are. The condition is principally divided into unilateral (affecting only one side of the body) and bilateral (affecting both sides) types.

The condition can also be broken down by severity, with spastic being the most common (making muscles feel stiff and tight), followed by athetoid/dyskinetic (causing involuntary movements), and ataxic (affecting balance and sense of space). Finally, there is a mixed classification for individuals showing symptoms of all three types simultaneously.

As most cases of cerebral palsy begin in childbirth or shortly after, most signs and symptoms of the condition manifest themselves during infancy or preschool years.Symptoms of CP can vary wildly from person to person, but the individual will likely show signs of physical impairment including:

Symptoms may get more noticeable over the first few years of life, the underlying problems do not worsen over time

Cerebral palsy is caused by injury or abnormality in brain development, in most cases occurring before the individual is born.

According to the Mayo Clinic, CP can be caused by a number of factors prior to childbirth, including maternal infections, fetal stroke, difficulty during labor, lack of oxygen to the infant’s brain, and gene mutations leading to abnormal infant brain development. After birth, transmission is often the result of traumatic head injury due to a vehicle accident or fall.

Accidents, abuse, medical malpractice, negligence, infections, and injuries are all known risk factors that could lead to CP in infants. About two percent of cases are passed on genetically from parents to children.

In the many cerebral palsy cases, the specific trigger is unknown.

Cerebral palsy is the most common movement disorder in children in the world, with the Centers for Disease Control and Prevention estimating that about 2 out of every 1,000 live births will be born with cerebral palsy. It is estimated to affect about 500,000 children and adults across the United States.

Cerebral palsy has affected the team at Thomas Pest Services in a very personal way.

At the age of one-and-a-half, owners Bill Clark and Sarah Thomas-Clark's daughter Riley was diagnosed with mild right side spastic hemiplegia, a form of cerebral palsy. Riley has stiffness in her arm and leg, making everyday tasks and movements difficult.

However, she has not let the illness overcome her. She is not as fast, lacks coordination, and struggles with her gross and fine motor skills, but otherwise is no different than her peers. She has never given up, and attends physical therapy three times a week, along with occupational therapy once a week to help with her condition.

Riley is a loving, determined, and smart little girl with a contagious smile, and her courage is an inspiration to everyone that works with her. She is Bill and Sarah's hero, and the most important part of their lives.

How Thomas Pest Wants to Help

This year, we are asking for donations for Jake’s Help From Heaven, a non-profit foundation (located in Saratoga Springs) dedicated to supporting individuals with multiple medical challenges and disabilities. Countless challenges occur in caring for special needs individuals. Our goal is to help our neighbors with travel costs to see a specialist, equipment/accessories that are necessities or improve the quality of life!  If you would like to make a donation, please visit our Facebook page.

In addition, throughout the month of March, Thomas Pest Services will donate up to $1,000 in FREE Services!

Post a picture on Social Media (Facebook or Instagram) using the hashtag #GoGreen4CP, featuring a picture with your technician, a technician performing service, a technician with your pet, a picture of our vehicle, or other Thomas insignia and receive $10 off your next service. Help us raise awareness!
* Limit 5 per customer.

We have three core goals:

3. Increase Your Knowledge: The more you know about cerebral palsy and the factors that can cause it, the more you can inform those around you. Raising our voices and awareness is what will make the difference.

Bill and Sarah would like to encourage everyone to remain open to both starting and listening to conversations regarding this and other causes. Each day with Riley brings its own challenges, but together, Bill, Sarah, and Riley know that they have the strength to overcome any obstacle.

By raising awareness about the condition, the effects it can have, and the people it touches, we hope that we can work toward a future where kids like Riley and their families have all the resources they need for daily life.

" Bill, your representative came to our home, a log home, yesterday because we had found saw-dust like particles on the ground alongside our home. We expected to be encouraged to have a costly plan implemented. Instead Bill showed my husband one carpenter bee hole in the facing board that was causing… "